This morning Tas and I have been talking about clothes and the way we use them to communicate information about who we feel we are.

Walking home, in my vintage and slightly battered fake fur coat I remembered the time the meter man called. He took one look at the collection of second hand and home-made coats hanging on my hooks near the door and said "I know you, you're that lady that dresses weird. Weird but nice." So that's me. Weird but nice.

As I've got older it's become easier to dress as I chose and be unselfconscious about it, but I remember a time when a wrongly chosen accessory could mean social death. We may use clothing to create an identity but there are all sorts of pressures that alter that expression.

Tas told me about being on the bus recently with two other women of colour. One of the women was wearing a niqab. Two men on the bus were openly sniggering. That woman, she said, must have wanted to put at least another layer on top!

For women of any colour and in any dress, sniggering from men is the least of our problems. How hard we work to be attractive - but not too attractive, to stand out - but not too much, to show allegiance to our group - but not so much that we make ourselves a target. I want to acknowledge how much harder that work is for black women and in particular, at the moment, for muslim women.

Cultural wars are fought over the bodies of women. Our clothes are our flags and our armour, our artistry and our song.
at February 06, 2019 1 comment:

This morning Tas and I have been talking about clothes and the way we use them to communicate information about who we feel we are. Walkin... 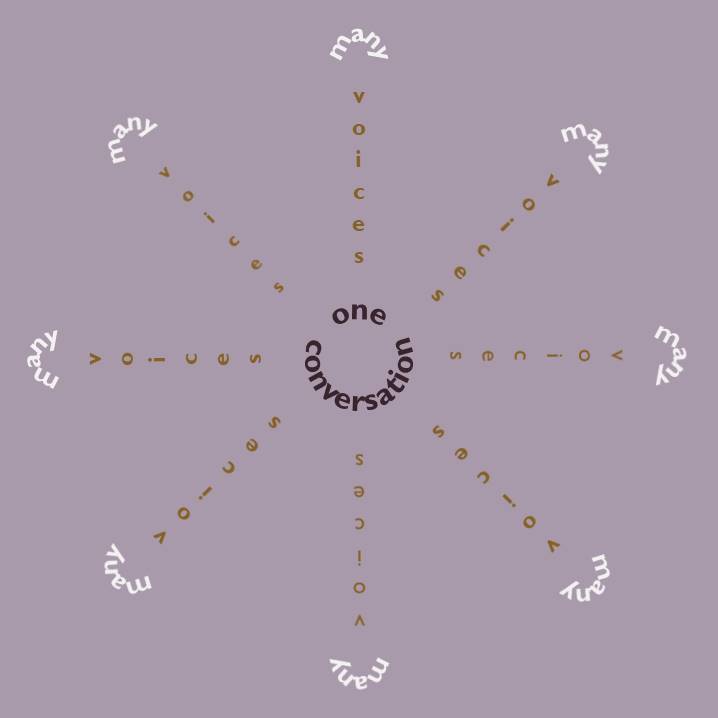 Many voices One Conversation